Yep – on the 26th of August, 1920, women in the US were finally granted the right to vote. Here in the UK, the 1918 Representation of the People Act extended the vote to all men over the age of 21, but the only women granted the vote were householders over 30 – it was not until 1928 that women over 21 in Britain held the same right to vote as their male counterparts.

Women gaining the vote was a massive step on the road to gender equality. But now, nearly a hundred years later, are we there yet?

Well, firstly, something you might consider the good news! Following in the footsteps of our Scandinavian neighbours, the UK now has a political party with gender equality at the fore of their policies. Co-founded by Sandi Toksvig (formerly of critically acclaimed Radio 4 comedy show, The News Quiz), and led by Sophie Walker (a journalist, blogger and autism campaigner), the aptly named Women’s Equality Party believe that when women fulfil their potential, everyone benefits.

I’ve noticed a few people questioning the need to continue to fight for gender equality in the UK today – perhaps under the belief that women no longer experience the discrimination they used to. Well, unfortunately I beg to differ! A 2014 study by ONS illustrates a shocking pay gap, with women in the workplace earning up to 25% less than their male counterparts. Female managers, directors and senior officials are paid approximately 15% less than men in the same positions, with female administrative staff seeing 6% less than males. A University of Kent study even found that if you are a mother, your chances of getting a job in the first place are shockingly reduced by 70%.

So why is this still happening? Unconscious bias, or just  bog-standard sexism? Well, whatever you may think of the Women’s Equality Party, at least it is refreshing to see women’s issues being treated as more than a ‘fringe issue’ – we do make up over 51% of the population after all!

But, today is a day to celebrate women’s achievements and I’m happy to be able to end on a positive note. In my experience, women in business today are supporting each other, collaborating and skill sharing like never before. We’re networking, proving our worth across the board and growing our small businesses. I really couldn’t be more proud! 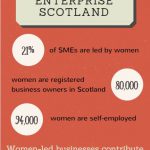 I’ve been keeping a secret from you – sorry about that. But now it’s officially I can scream and shout about it.

Bookkeepers – Come Work With Us

We’re on the lookout for competent bookkeepers and accountants to satisfy increasing demand for our services, particularly if you can provide services onsite to clients in the Edinburgh area.