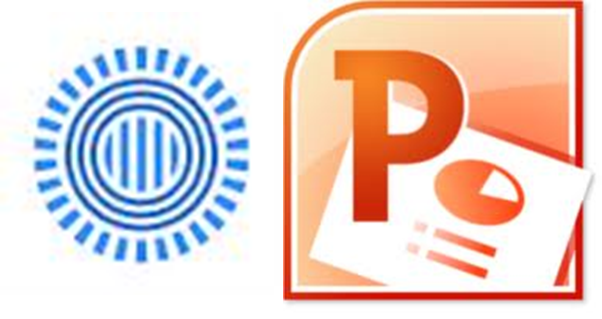 Powerpoint or Prezi – What’s your preference?

Presentation software is usually designed for users to deliver their information in an effective way. Two of the most popular software tools tailored to enable users to make vivid presentations are Microsoft PowerPoint and Prezi. Both are ideal for presentations where clarity of ideas is important because they allow presenters to use images and videos to communicate effectively to a large audience and elaborate their ideas clearly.

I’m guessing most people reading this article will have had some sort of exposure to Microsoft Powerpoint but how many have come across Prezi? Lets compare… first launched in May 1990 Microsoft PowerPoint has been the market leader for several years and has a strong user base. This is possibly because it’s usually bundled in the Microsoft Office Suite.  Prezi on the other hand is the new kid on the block (launched in 2008) and as such has a small, but growing, user base. Unsurprisingly the Creative Industries Sector have been the strongest advocates of Prezi probably due to its appearance. It features a unique interface which can be difficult to get used to but once you master the tricks it’s easy to make spectacular presentations with flair. In particular, the map layout which allows users to navigate through their presentations by zooming is extremely effective. For skilled users, Prezi offers a wonderful way of presenting information on a screen and allows presenters to quick skip, speed up, playback, and slow a presentation (that’s if all the swishing around doesn’t make you feel sick first).
Microsoft PowerPoint has gained popularity all over the world because of its robustness and stability. Although popular and widely used, development has been fairly stagnant and the last few releases have not really made an impact. Because of this PowerPoint seems pretty linear in comparison to Prezi. It may have more printing options in terms of layout and customization and isn’t as reliant on an internet connection for live presentation, but Prezi is an extremely powerful tool and it’s no wonder we’re seeing more and more users realise its potential.