Today is International Womens Day, and as people unite to champion the advancement of womens rights and gender equality, there is still the ongoing battle to drive gender balance across the world. This year were supporting #balanceforbetter

While the day itself carries the clear theme of womens empowerment across the world, the way it is celebrated and acknowledged varies from country to country.

Take the UK for example, throughout the country there will be a number of events taking place which will include panel talks, exercise classes and gigs, many of which aim to raise funds for charities dedicated to womens rights. In addition to this several fashion brands have partnered with womens charities to raise money through sales of International Womens Day garments. Online luxury retailer Net-a-Porter has teamed up with a whole host of luxury labels, including Isabel Marant and Victoria Beckham, to support the humanitarian charity Women for Women International.

In Italy, International Womens Day is called La Festa della Donna. Traditionally IWD is celebrated by the giving of flowers, primarily bright yellow Mimosa blossom flowers. On the day itself bouquets are sold almost on every street corner, the idea being that people honour the women in their lives by giving them these flowers which are viewed as a symbol of female strength and sensibility.

In China, 8 March has been a national holiday since 1949. Many companies offer women employees a half-day on International Womens Day so that they can spend the afternoon celebrating. Similar to Valentine’s Day, IWD in China is viewed as an opportunity to treat the women they love with special gifts. They also celebrate Girls Day on 7th March, which is dedicated to championing the achievements of younger Chinese women in schools and universities.

In Germany, the Capital City Berlins Parliament voted for International Womens Day (known as Frauentag) to become a public holiday on 24 January 2019. This is the only state in the country to recognise the day as a public holiday and workers will get the day off!

A little closer to home, in Edinburgh Business Gateway plan on holding a Flagship Event, with a guest speaker who will be unveiling a plan for a new Women in Business Growth Programme. This event is sponsored by Womens Enterprise Scotland, who are a catalyst for economic growth and inclusion, a company based in Scotland with a global reach. Various businesses will have held or will be holding talks or workshops either on the day or on the build up to International Womens Day.

Well thats how the rest of the world are celebrating International Womens Day, here at VABS we will kick of the celebrations with a bottle of prosecco. Cheers!! 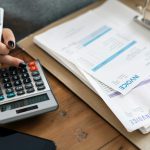 Sales Invoices – What you need to know

If you’re setting out in business, one of the most exciting things you’ll do is send your first sales invoice. But what should you include? Not just to be compliant, but to ensure swift and accurate payment from your client. 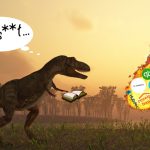 Are You A Bookkeeper Or A Dinosaur?

It’s not the first time there’s been talk in the industry about the extinction of bookkeepers.